iOS16, Apple’s largest update for iPhones in 2022, will be released soon. You must be interested in the iOS 16 Launch Time today in London and the whole world. After months of beta testing, iOS 16 and watchOS 9 will be available for all eligible devices on September 12. But when will the update be available for your iPhone in your country? Find out when iOS 16 will be released in your time zone here.

The Release Date of iOS 16 and watchOS 9: September 12

After its Far Out event, Apple announced in a press release that iOS 16 and watchOS 9 will be available on September 12.

It is anticipated that iOS 16 and watchOS 9 will be released at roughly 10 a.m. PDT/1 p.m. EDT, based on Apple’s past history and past release dates. Apple has traditionally seeded new software upgrades for their devices around that time. The only oddity was iOS 14, which was released a couple of hours later than normal in 2020.

Guide To Install iOS 16 on Your iPhone

Expect your iPhone or Apple Watch to get the updates when iOS 16 and watchOS 9 are released. As millions of Apple users attempt to upgrade their iPhones globally, there will initially be a significant load on the servers. Slow download speeds might result in the balance of this pressure.

Consider waiting 18–20 hours after the iOS 16 update is released before installing it if you’re not in a rush. This will also allow you plenty of time to verify that the upgrades don’t have any big, severe flaws or problems that people are reporting.

You don’t need to be concerned about the general release if you are on the iOS 16 beta channel. After the Far Out event on September 7, Apple distributed the RC versions of iOS 16 and watchOS 9. The company will make this build available to the general public on September 12.

Apple is not concurrently releasing new versions of iOS and iPadOS this year. In order to give Stage Manager more attention, apple has postponed the launch of iPadOS 16 until October along with the introduction of macOS Ventura.

The new iPhone 14 series from Apple is now available for pre-order. It will be in stores on September 16. (except iPhone 14 Plus). iOS16, the version of iOS for 2022, will work on iPhones with an iPhone 8 or later. With the release of the OS, iPhones that can use it get a lot of new features.

The biggest change in iOS 16 is the ability to change your Lock Screen. Other changes include adding the Fitness app to all iPhone models, making changes to the Photos app, adding Focus Mode, and a lot more. Here is our complete guide to downloading Apple iOS 16 with all the information you need to know.

When will iOS 16 be released?

The release date of iOS 16 and watchOS 9 is September 12.

On Monday, September 12, Apple will release iOS 16 as a free update for the iPhone 8 and later. iOS 16 has a lot of new features, like the ability to change the Lock Screen and temporarily edit or unsend iMessages.

What is the iOS 16 launch time in London?

Redmi Gaming Monitor G24: 165Hz and Adaptive-Sync Support Only For $86 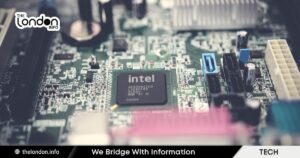 Intel CPU Price Might Rise by as Much as 20%