The United Kingdom is one of the most popular study locations in the world, and it’s easy to understand why. Students may choose from a wide range of internationally famous institutions and internationally recognized degrees, certain that they will get a first-rate education. Study in UK for International Students has always been a popular way of completing their education.

When you study in the United Kingdom, you won’t have to worry about whether or not your hard-earned qualifications will be recognized elsewhere. Qualifications obtained at UK institutions are recognized by universities, employers, and governments all over the world, allowing you a great deal of flexibility once you graduate.

Graduate courses in the UK are also often shorter than those in other countries, allowing you to complete your degree and begin your career considerably more quickly than in other countries. There is also an option to study in UK without IELTS.

Furthermore, since English is one of the most commonly spoken languages in the world and is frequently used in the corporate sector, there is no better location to perfect your abilities than the United Kingdom.

Along with these the British have a rich culture and also a happening night-life. You can easily search into or talk to someone from the university about the information you need regarding student clubs, events, and services on campus.

Why Study in the UK?

Study in UK for International Students has always been a top activity in UK, and their numbers have been gradually increasing over the years as a result. After the United States, the United Kingdom is the second most popular destination for overseas students.

The United Kingdom has worked hard to take advantage of the increased demand for English-language teaching in the United States, as well as the visa restrictions imposed by the United States after the September 11th attacks.

Travel: Europe’s Main Entry Point is in the Uk

Europe is now more accessible than ever before, thanks to the construction of the Channel Tunnel and the introduction of low-cost airlines. By rail or direct aero plane, you may go to almost every part of Europe from the United Kingdom in a matter of hours. If you are studying in London or Manchester and would want to spend a weekend in Italy, you may travel directly to Rome, Milan, Pisa, Genoa, Venice, or a number of other towns around the country.

Fly time and expenses would vary based on when you travel and when you buy the direct trip, which would take around two hours in total. More travel information about the United Kingdom may be found in our Getting Around section.

Uk is a Multicultural Society

The United Kingdom is well-known for its multicultural culture, which includes people of practically all sects and beliefs. Because of its diverse racial, cultural, and religious makeup, the United Kingdom is very receptive to new customs and cultures, which is excellent news for international students.

The educational system in the UK is easy, manageable and recognized worldwide. It is mainly divided into four parts- primary education, secondary education, further education and higher education. Students also choose to attain their Master’s degree from UK.

There are many public and private institutions that provide undergraduate and postgraduate degrees in the United Kingdom for the necessity to encourage the Study in UK for International Students Higher education is separated into two levels: undergraduate (Bachelors) and postgraduate (Masters and PhDs). Colleges, conservatories, and remote learning universities are examples of other sorts of educational institutions.

The vast majority of Bachelor’s and Master’s degree programs are completed in colleges and universities. All degrees can be divided into these categories-

There Are Universities at Uk Which Specialise in Specific Areas

Where Can You Study in the United kingdom without Taking the IELTS?

The United Kingdom has earned a well-deserved reputation for educational achievement, which is reflected in university rankings published annually. Currently, 84 UK universities are included in the QS World University Rankings 2020, with four of them ranking in the top ten in the world. These are some examples:

The University of Edinburgh is also among the top twenty universities in the world.

The Academic Calendar and Routine

The academic calendar varies from one university to the next, although it is typically from September to June in duration. A number of postgraduate programs begin in January, including the following: The most important vacation times are Christmas, Easter, and summer, with reading weeks being observed at certain universities.

How much does it cost to study in the UK?

Tuition expenses for undergraduate and graduate degrees in the United Kingdom are typically between $17,000 and $25,000 each academic year (depending on the exchange rate at the time of study).

Students need an average of $1,300 to $1,600 in living expenditures every month of study, depending on their location (depending on if you decide to live inside or outside London).

Choosing a University in the UK

The government of the United Kingdom does not maintain an official ranking system for its institutions. Because of the need to Study in UK for International Students. Independent rating systems, such as those published by The Guardian and The Times, may be quite beneficial in some situations. See the QS World University Rankings by Subject 2020 for information on which universities are the best in their respective fields.

When picking where to study, the location is a significant consideration. The cost of living in London and South East England is greater than the cost of living in the rest of England and Northern Ireland, as well as Scotland and Wales, according to the latest figures.

Cambridge, Birmingham, Manchester, London, and Oxford are among the most popular student cities in the United Kingdom. Consider if you would like a campus or a city setting as your learning environment:

International students should ensure that the institution to which they are applying is recognized by the government as a degree-awarding organisation before submitting their applications. To do so, go to Hedd, which is the official candidate verification service for the United Kingdom’s higher education system.

Types of Degree Programs in the United Kingdom

Requirements to Study in Uk for International Students

Individual colleges establish their own admissions standards, which vary based on where you want to study and what you want to study. When applying for admission to a Bachelor’s degree, you’ll typically need three A-level passes (or equivalent) to be considered, which will convert into a set number of University and College Admission Service (UCAS) tariff points.

As an international student, you will be required to demonstrate your fluency in the English language.

Why Come to the Uk for an Undergraduate Course?

There are hundreds of Bachelor’s degree programs offered in a wide range of topic areas. Generally speaking, undergraduate degrees may be classified into four categories:

It takes three years to finish a full-time program if you study full-time. Undergraduate degrees in Scotland are completed in four years.

Why Choose the Uk for Postgraduate Study?

Study in UK for International Students is encouraged with wonderful accommodation and easy visas. UK post-graduation studies comes with many scholarships offered according to the requirements and is appropriate for many!

Masters degrees are given to those who have completed a bachelor’s degree in a relevant field.

Students in the United Kingdom have a variety of postgraduate education choices to choose from. Masters programs are offered in a number of subjects and are divided into two categories:

Masters programs are typically one year in length when studied full time, while certain research-based courses might take anything from 18 months to two years to finish. In order to be admitted to a course as an international student, you must meet the following requirements:

Master’s degrees are the highest level of certification a student may get, and they are more challenging than doctoral degrees, which are known as PhDs.

When studied full time, they require three years to finish; however, if studied part time, it takes six or seven years to complete them.

Four Reasons to Study in the Uk

Among the many reasons written above, these are the top four reasons to study in the UK.

With research, you can find the adequate university of your choice and get the necessary funds you need to achieve a degree of your choice in the UK.

The visa process for the UK is one of the easiest to achieve. With the easy visa process and classy British life, you will surely have an upgrade of your life by studying in the UK.

In the United Kingdom, student accommodation is certainly one of the best out there. And health insurance is also something that is easy to get your hands into.

Who hasn’t heard or seen the red double decker buses of London, right? The metro isn’t something to ignore when it comes to public transport as well.

Students find it very easy to travel across the UK in public transports, and when it comes to work hours, the minimum wage is good considering the amount of hours you are working.

Finally, after you are done with your Study in UK for International Students, you can easily find a decent job that suits your needs and start the process of getting a work visa/permit. Get yourself a work visa or living permit in the UK or return home whatever you like! However, what you will not regret is getting the perfect degree in the UK as an international student. 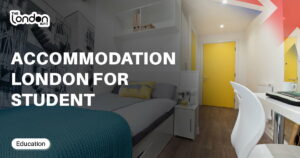 A Basic Guide to Find Accommodation London for Student 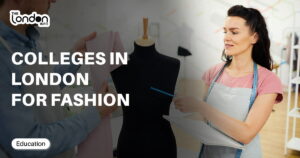 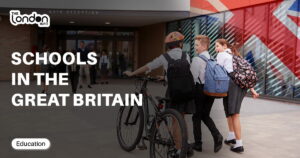 Schools In The Great Britain