The housing market in the United Kingdom has had yet another unusual year. In the aftermath of COVID, many individuals have re-evaluated their living arrangements, asking for greater space and greener regions. Even though many of them are urban, anyone considering relocation with a large budget may have looked at these eight homes.

They have a variety of central London sites, huge lawns, swimming pools, and even lodges for workers to live in on-site. They are some of the most expensive real estate in the UK. The list was generated using the search features of Zoopla and Rightmove in various parts of the UK, with the highest price first.

The list also removes houses with insufficient information in the listing – numerous “price on asking” properties may have been included. Many of the homes on the market are in London and the neighboring districts, where a square foot of premium land costs much more than in other postcodes.

The following are the eight most expensive properties in UK, as of December 2021:

One of Mayfair’s original homes, this chart-topping residence lies on the border of Hyde Park. The Grade II-listed mansion was built in 1732 and restored by renowned British architect Ralph Knott in 1908. It has a total area of 14,500 square feet and has grand proportions throughout, including an ‘L-shaped’ drawing-room on the first floor that leads to a huge patio and a dining room with space for 20 guests on the ground level.

The family kitchen, uniquely located on the ground level (supported by a ‘dirty kitchen’ on the lower ground floor), is the house’s focal point, where families may gather and socialize. The main house features five major bedroom suites in addition to the formal spaces, including the master bedroom, which takes up the whole second story and has its own private and isolated roof terrace. The mansion was last sold for £1.7 million in 2008, and it was ranked third on the list the previous year.

2. A former piano shop worth £46 million

This house, located just off Bond Street, was designed by Sir John Burnett & Partners as a piano showroom. It’s a Grade II-listed art deco structure with a concierge. It’s a two-story penthouse with five bedrooms and two bathrooms. The elevator in the building will take you to the four flats. Individual three-bedroom homes of roughly 2700 sq ft are located on the first three levels.

Each of the building’s apartments has a semi-open kitchen. The bedrooms are located at the back of the house and include master suites with dressing rooms and marble-floored bathrooms. Both of the remaining bedrooms are good-sized doubles with built-in closets and en suite bathrooms. The reception room is to the back and the kitchen is to the front, divided by a dining area with a feature fireplace and a utility room on the top level (5th floor).

This 10-bed home, which has been on the market since last year, is on a two-acre plot in a sought-after suburb of north London. The ad, which was initially published by Knight Frank in 2019, describes the property as a “bespoke family house” with “mostly three levels of living with the benefit of a big, self-contained staff lodge.”

A home gym and billiards room are available, as well as a pool that overlooks the garden. The staff lodge is roughly 4,400 square feet in size, with space for around four vehicles underneath and plenty of off-street parking in front of the house.

Even if you’re not from London, you’ve probably heard of Park Lane, which is one of the most expensive Monopoly sites. This “archetypal” Mayfair property is situated there. This home is “exceptionally broad, stone-dressed, red-brick, five-story,” according to the description, and has a spectacular double-fronted, five-window Edwardian exterior.

Portland stone quoins, a conspicuous row of neo-classical cornices running beneath the mansard roof, and a stunning beaux-arts style Portland stone entry are all exquisitely adorned. Another unoccupied seven-bedroom home is up for sale.

It is now one of the biggest residential properties offered for the open market in central London, at slightly more than 11,600 square feet. The majestic private double-door entry leads into an attractive stone pillar-lined entrance hall on the third floor of this listed home.

The serene green open expanses of St James’s Park are just behind Queen Anne’s Gate, which runs parallel to Birdcage Walk. In addition, the roadway is located inside a conservation area.

This home, located in the heart of west London, is a collage of several of the city’s renowned sites, portraying “London at its best.” The six-bedroom property has a “statement address,” according to the sale agent, with attractive architecture and a convenient location where you can easily pick up a pair of Louboutin shoes or a Lalique antique.

6.  £28 million Headquarters of the Bond Villains

This home has a unique feature that distinguishes it from others in the area. It wouldn’t appear out of place in a Bond film with its jet black front and luxurious interiors.

Park Place is a quiet cul-de-sac in the heart of St James’s, right off St James’s Street, with amenities such as a clubroom, cinema, spa, retractable roof sky lounge, and a five-person elevator to all floors. It was featured on the site for the first time in August 2021 and is roughly £3 million less than the typical property in the neighborhood.

7. An Eight-Bed ‘Equestrian’ home in Oxfordshire for £23 million.

You get more bang for your money outside of the M25, where you may find a rare multi-million-pound property away from Mayfair. This is a Lutyens-style country home in the Chilterns Escarpment, located amid grounds.

The road, which runs for a mile from the Hamlet of Park Corner and is bordered with Horse Chestnut, Cherry, and Norwegian Maple trees, is approached from the east. The main house, which is surrounded by around 20 acres of gardens and paddocks, is located near the estate’s western end.

There are eight beds and several acres available for horseback riding and walking. Reading, 11.9 miles to the south, is the nearest mainline railway station, with direct trains to London Paddington in 30 minutes and London Waterloo in 90 minutes. 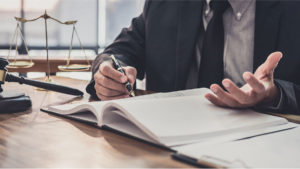 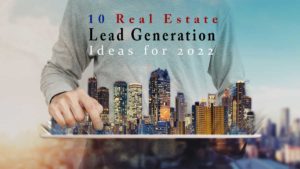 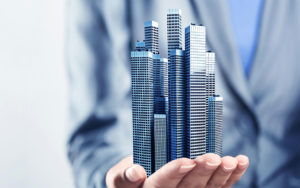 5 Real Estate Trends To Watch Through 2022