The world of sports is always unpredictable even if complex algorithms have run for years to narrow down this scale, and Philippe Coutinho’s wizardry at the field against Manchester United was a textbook example of how data does not directly correlate to the predicted outcome. This match will definitely act as a wake-up call for the Red giant on why no team should be underestimated.

If you have been living under a rock then allow us to surprise you. Catalan club Aston Villa faced and had a draw against the mighty Manchester United despite all odds thanks to the aid of the former Liverpool star. Considered a wizard in his former club, but a menace during his time in Barcelona, he faced mixed reactions when he signed in with Aston Villa especially with a price tag of 143 million pounds.

Despite the initial backlash, however, Philippe Coutinho proved his worth when he made his Villa debut at the 68-minute game time at which point, Manchester United had a 2-goal lead. When he entered the pitch, Bruno Fernandez had just scored Man Utd’s second goal and was celebrating, overshadowing the entrance for the Villa star.

However, this victory was short-lived as Philippe Coutinho evened the odds and 20 minutes later, Aston Villa was a statemate of 2 goals each. This stalemate eventually led to a draw, but more importantly, showed the strength of this star player and the embarrassment of Man Utd’s submission in the second half of the game.

Villa coach Steven Gerrard wants to keep Philippe Coutinho happy after his brilliant debut against the red devils that settled with a draw and left Man Utd’s Ralf Rangnick furious.

When interviewed, Villa’s boss stated that he was expecting Philippe Coutinho to deliver, and even then that cameo was exhilarating. He was ecstatic about Coutinho’s dance with the ball and is confident in his ability to consistently deliver.

t was not only Philippe Coutinho who impressed, his teammate Lucas Digne also showed skill at the pitch that helped a long way in tackling Manchester united.

Gerrard continues to explain how Coutinho is more cherished by the fans here than he ever was during his time in Barcelona. In his own words, he explains how the ability of a player’s skill is directly affected by the love of his profession, football, his bond with teammates and fans.

He finishes his statement with a heartfelt welcome to Philippe Coutinho and how he is quickly becoming a pillar of Aston Villa and hence, wants the player to enjoy football.

A different story in the Red’s camp

Aston Villa’s surprising draw left a bitter taste in Rangnick’s mouth who feels like his team really lost despite the scores.

When interviewed he stated that they had the entire game in their clutches for 77 minutes but somehow got run over in the last 15, where back-to-back goals occurred in 4 minutes.

In his eyes, this game is an absolute disappointment in Manchester United’s resume. However, he does exclaim that there are a few positive takeaways such as the red team’s initial domination for the ball, especially in the first half where they played circles around the Aston Villa.

However, his mood darkens every time asked about the last quarter of the second half where he only says that the players in his team shouldn’t have let their success get in their heads. Not only this, but the players also need to keep their dominance of the ball for a longer period of time to apply pressure on the enemy team to push them into making reckless decisions. Find out more news about football clubs.

Finally, to end the review, interviewers asked for Rangnick’s personal thoughts to which he says that although the game was a draw, in his mind it was an utter defeat because of how quickly his team lost entire field control in a matter of minutes, especially while having a 2-goal lead as well.

At the same time there’s an unfortunate news spreads that, Steven Gerrard to miss Aston Villa’s next two games after testing positive for Covid-19. Let’s see what happens to the club in the absence of Steven Gerrard.

Sports Day: love it or hate it? 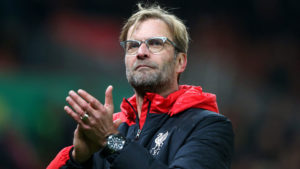